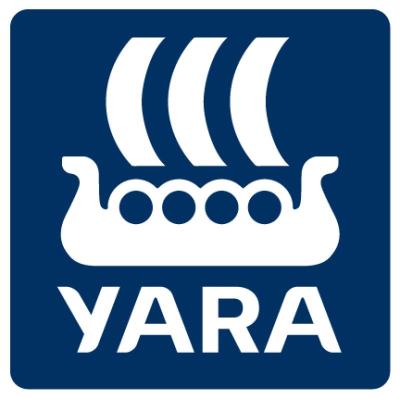 Case Study: How one farmer used best practice to stay resilient in a difficult year

2020 has been few people’s favourite year. Alongside widespread disruption and uncertainty due to Covid-19 and post-Brexit negotiations, UK farmers have had to face extremely poor weather conditions at the beginning of the year. After an exceptionally wet few months, the weather then shifted to a prolonged period of drought. Many farmers have therefore found their whole year to be a difficult uphill battle.

For Andrew Bray, who owns Tregevis Farm near St Martin in Cornwall, establishing consistent best practice and the right products at the right time has meant he has weathered these issues better than many, ensuring his business has stayed resilient and profitable despite the unfortunate circumstances.

“It’s been a year of extremes,” says Andrew. “The driest May on record came after the wettest February. Grass growth was very slow quite late on into the year. However, our first cut was strong and the steps we took to ensure our business stays robust have paid off. All in all, we’ve actually had a good year.”

Andrew identifies crop nutrition – and a careful management of it – as key to his success. In particular, sulphur has proven to significantly played a role in robust yields and quality when it comes to his grass crop.

“Applied nitrogen becomes truly effective when combined with sulphur,” says Philip Cosgrave, Grassland Agronomist at Yara, who confirms that Andrew’s proactive approach with sulphur has proven fruitful when it comes to his grassland swards. “When using sulphur we see higher yields, yes, but also elevated protein levels which enables higher quality silage. You should apply sulphur little and often, alongside nitrogen, as it behaves similarly in the soil. As sulphur can easily leach, it’s best to apply it only as and when the crop requires, rather than all at once.  Andrew has followed that approach and seen then the benefit.”

Using a range of true uniform compounds that contain sulphur, Andrew is careful to achieve an accurate and even spread pattern while closely monitoring the farm and using soil testing to ensure the best results possible.

Why fodder beet is undervalued

Andrew usually cuts silage early to prevent drying out due to Tregevis Farm’s proximity to the coast. He also annually buys about 35ha of whole crop as forage. There’s another feed source that Andrew swears by, despite its relative lack of popularity in recent years: “We grow fodder beet,” says Andrew. “It can handle the dry weather. We don’t just rely on one source that could potentially go awry. We stay prepared and never take anything for granted.”

Andrew uses a separate area – he refers to this as the “off-land” – as permanent pasture, while the main farmstead is primarily used for silage, regularly reseeding on rotation with fodder beet and spring barley, before going back into grass.

“We grow fodder beet because it has high yields and excellent nutritional composition,” says Andrew. “We use it to feed the cows right through until about July, so roughly ten months overall. Fodder beet has a great effect on the milk quality. It’s very high energy.”

Milk quality is the main watchword at Tregevis Farm. They supply producers of clotted cream, so a high butterfat percentage is vital. Fodder beet’s excellent nutritional composition helps achieve that, along with allowing a break in rotation and a useful opportunity to clean up the swards.

Choosing a strategy that yields results

Andrew always plans ahead, working alongside Nigel Hester, his Yara Area Manager, to devise an agronomic strategy that matches his unique farm situation. For example, his cows are fed via silage on a TMR (total mixed ration) diet at the peak of production, while those in the later stages of lactation are grazed on the off-land’s permanent pasture.

“While permanent pasture might not be as productive as a newly sown ley, good soil fertility and a low weed burden mean that these swards can remain surprisingly productive,” says Philip. “Ultimately, Andrew knows what does and doesn’t work for his farm. What matters is his devising a strategy that maximises what does work and sticking to it with diligence.”

Despite the tough year, Andrew is optimistic for 2021. “So many people are in a difficult situation at the moment. It’s never been more important to be in control and take action wherever you can. Burying your head in the sand won’t help anyone. A positive attitude and working towards a robust strategy can make all the difference.”

For further info, interviews or images, please do not hesitate to get in contact.
Laura Marshall
Senior Account Manager
Email:
lmarshall@rdp.co.uk